I feel like my journey as a Mother has been lived out at a time of phenomenal change, and I put most of that down to the huge influence and involvement social media has in our lives.

A common theme on social media of late has been “mum shaming”. A term thrown about that means what it says, the intentional shaming of a mum for her parenting skills or beliefs. The putting down can come from other mums, but mostly it comes from the media including journalists who sometimes don’t have children themselves (because lets admit it, we were all better parents before we got actual real-life children).

When I had my first son 9 years ago, social media was not a big deal. I didn’t have a facebook page until he was a few months old (gasp) and we had to rely on mothers groups and shopping centres for our mum shaming.

I accept that mum shaming is the pits, but it’s always been there- it just looked a little different without the technology to provide anonymity and access for the meanies. Back then people would just make subtle comments to your face, “you can use disposable nappies if you want, I just care about the planet too much“. Or backhanded compliments “you’re so amazing being a working mother, I’d just feel too guilty to leave my baby”, or to your friends behind your back, “if my child ever spoke to me like that…”. 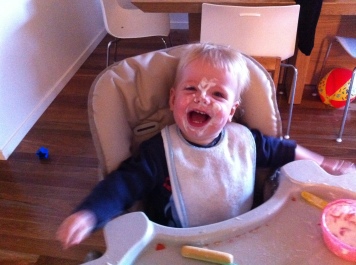 Time to hose him off

Now people can challenge each other in virtual debates and blatantly shame one another, and it can be extremely brutal. The power of social media makes it feel as if it is everywhere, but we really don’t need to let that be the focus of online parenting communities. They have a far greater service to mothers other than being a home for mum shamers.

I spent a lot of the first year after having my son feeling like an utter failure. I had read so many parenting books and for years people had said I’d make a great mother so my expectations were through the roof. My son was actually a dream baby, but I was anxious and probably depressed, always feeling like I was doing parenting wrong. I was never diagnosed with post natal depression because I was too paranoid that it would make me look like a bad mother, so instead I lied through the post natal questionnaire, genius! I was surrounded by amazing mums who made it look easy, who wore makeup and brushed their hair and I felt very isolated. I wish I had known then that it was okay to say I wasn’t coping, that my hormones were raging and I couldn’t shake my anxious everyday worries about trying to keep my little human alive. 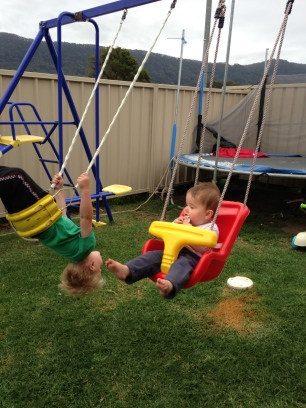 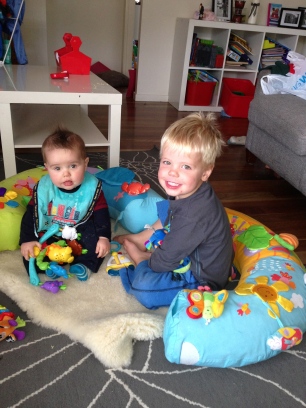 To balance out the rubbish act of shaming is the brilliant side of social media- mummy lifting. Mummy lifting is everywhere when you really look.

It’s women embracing one another, lifting them up and showing support for each other. Pages where it’s becoming more popular for women to ask for tips and advice, while others show support with a no judgement attitude. If you are a mummy blogger and you haven’t written about feeding your kids unhealthy meals, drowning under a sea of washing, refereeing your kids fights or dealing with the challenges parenting brings to your relationship with your significant other, are you even a mummy blogger? These women are helping other mothers to realise that when it comes to parenting, anything goes. I don’t know whether people were quite as vocal about these challenges before social media, I think it was actually the opposite.

Mummy lifting is popular because it’s real. Finally (some) mothers are being real about their life as a parent, whatever that version of real is, and we’re getting much better at the accepting part. We are witnessing such a variety of ways of being a parent that it now feels okay to parent how you see fit and not be ashamed of your choices. There’s no right or wrong way, as long as you are doing what’s best for your children. It’s also getting much easier to say that some days are a struggle, some are brutal and some are boring.

Women can turn to each other for support, ask for advice, learn from each other and share stories of joy and worry. I wish this kind of support had been so available before I had my first child, I know it would have been so valuable for someone like me. My mothers group was my biggest connection to other mothers, and I often felt judged or too embarrassed to contribute so didn’t stick around for too long. I certainly wouldn’t have asked that group for advice, or burst into tears, it just wasn’t that kind of group (I have friends who’ve had incredible mothers groups, I’ve always been envious of that). And there were days that I just felt lonely. My husband worked long hours and sometimes babies don’t make great company. Having other mums to communicate with, and having great sites to link up with other mums in your local area is such a great way to make connections.

There’ll always be “perfect” mothers, the ones who make it look easy, but you don’t need to take that personally. They have their place, too. But now such a variety of mothers are more visible, and it’s okay to be the kind of mother that you feel is you and leave other mothers to be themselves without judgement. They are all as important and relevant as each other. A mother in a bikini with no evidence of ever being pregnant with a 3 week old baby in her arms is not mummy shaming, it’s not even close. It’s wrong to assume that a mother who posts her “perfect” life on instagram or facebook is fake, she’s entitled to share her version of parenting reality.   If she’s faking, it will catch up with her eventually. That’s her business. Less judgement, more support.

I’m not saying it’s all rosy out there, it’s far from that. Virtual Mummy Communities are relatively new and still have room to evolve, hopefully in the right direction. I hope what they can become will be a cyber version of a loving and supportive village where people feel safe to seek support, to vent, to cry and to celebrate little victories without any of the haters. The evidence we have suggests that it certainly is very possible, online parenting communities are huge and you only have to read through a few posts to see that it already exists and extremely important to the people in those groups.

So I say we should let love speak louder than hate. Don’t let talk of mummy shaming and hating take over such a valuable resource for mums. Support each other, laugh together, learn from each other, listen to each other and lift each other up. I think it’s much more fun that way.

One thought on “Mummy Lifting”