We rarely watch the News in this house, it’s just far too depressing and my kids seem to take too much of it in. A couple of weeks ago it managed to slip it’s way onto our TV after the Cricket and as expected, it was pretty grim.

We were barely into the new year when gorgeous newsreader Georgie Gardner started her story with, “As families prepare to head back to school…”

Shoosh Georgie, that’s enough of that! Back to school? It’s the third day of January and you claim that families are preparing to head back to school? Lies.

I suspect there were no “families” as Georgie claimed, I suggest that it is in fact the retail outlets that were preparing to get families into an unnecessary panic. I noticed that my local Big W had started preparing for Back To School on Christmas Eve as I dashed in there for the fiftieth time that day with a spinning head and a short fuse. I couldn’t even, I just turned my head and took a deep breath and got out of there. Christmas first, school preparation later.

Can we no longer just enjoy the moment? The undiscovered fruit in my kids school bags still had several stages of rotting to achieve before we could start to prepare for a new school year.

I don’t even know where their school bags are, we were so caught up with Christmas and finishing the school year that my boys didn’t quite manage to prepare for heading back to school two minutes after they finished it. I feel really sorry for kids these days, life is way more hectic and rushed than it was when I was a kid. All of this rushing to move onto the next thing before we’ve finished the current thing is just horrible.

My kids tend to grow a significant amount over these holidays, I’m putting it down to all the sun and swimming and outdoors stuff- it certainly sounds like a recipe for growing children. Oh and it probably has something to do with all the extra food they eat over the holidays, they suddenly develop the appetite of a grown ironman when they’re on the go all the time. If I bought their uniforms and shoes now I’d be going back in a few weeks as it’s likely they’d grow out of everything. True story.

These kids need a break, by the end of the school year they emerge from school each day as if they’ve been into battle. The hot weather, the busyness of end of year school stuff, and the fact that they are KIDS makes for exhausted little beings. They deserve to switch off for a bit, to be free from school, the routine and be free to get out there, grow and reboot for a new year. Mostly they should be free from thinking about it, as should their teachers.

I’m a teacher and although plenty of people are critical of our holidays, I’m sure no one else would appreciate a sign in Kmart on the first day of their annual leave stating “Back to Work”, and advertisements reminding them that their holidays are soon to end. I need time to regroup after a busy year so that I can be at the top of my game for the next bunch of enthusiastic little learners in a few weeks time. I need this time to prepare lessons, get my classroom ready, meet with colleagues, make resources and laminate (so much laminating, I have a problem). But let me have at least a couple of weeks of relaxing and downtime. Please. If I feel like this, I’m sure children must feel like that too. 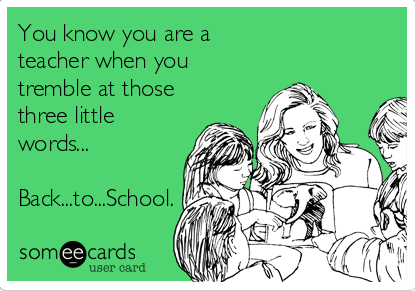 So we had a brilliant plan, we dodged the shops for as long as possible and hit the beach. Or the pool. Or the botanic gardens, the movies or a Science Centre. If a Back to School sale is on and nobody is there to buy it, does it really exist?

Take that retail outlets, you can’t trick us! 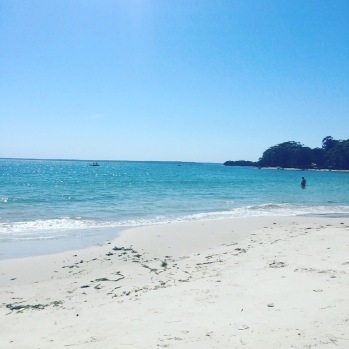 But it would appear that time, “Back to School” is actually upon us, I saw a shoe shop today and by the number of people it would indicate that it is definitely creeping up. All of the FaceBook posts from exhausted parents who’ve have had enough suggest my holiday is just about over. I had better get sorted, I only bought a 2017 calendar today ($5! My denial saved me $15).

So with a heavy heart I have declared that this week we had better get organised. We’ll hit the shops like every other irritated parent with equally upset children in tow and gather the long list of shiny new things we need to kick off another year of learning.

One thought on “Back To Summer”